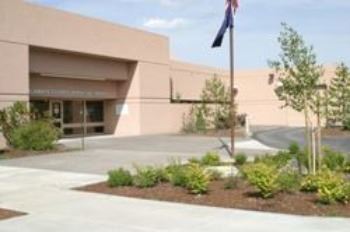 As of December 24th, 2022, general visitation will resume. Please see the visitation tab for more details.

The Klamath County Jail was built in 1989. It is staffed by experienced and well-trained correctional deputies and operates 24-hours a day, 365 days per year. The jail has its own kitchen that is staffed by in custody workers and supervised by civilian cooks. Laundry is done by in custody workers as well. Each section has an indoor and outdoor recreation area as well as a book library cabinet that is maintained by the Klamath County Library.

Click here to search for adults currently in custody.